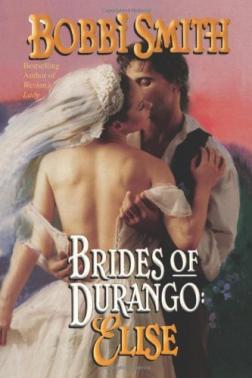 Elise Martin would do anything for a story—even stage a fake marriage to catch a thief. Dressed in a white lace gown, she looked every bit the bride, but when her "fiancé" failed to show, she offered ten dollars to the handsome gentleman who'd just stepped off the stage to pose as the groom. As a fake fiancé, he was all right, but when he turned out to be Gabriel West, the new owner of her paper, the Durango Star, Elise wanted to turn tail and run. But she couldn't forget the passion his unexpected kiss at their "wedding" had aroused, and she started to wonder if there was more to Gabriel West than met the eye. For the more time they spent together, the more Elise wondered if the next time she said, "I do" she just might mean it.