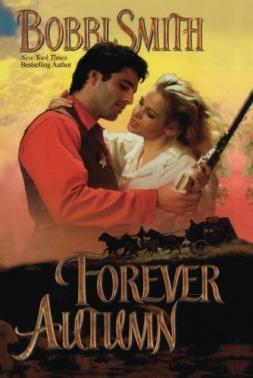 Sheriff Cord Randolph had one mission: to capture the infamous Martin gang that had been terrorizing Sagebrush, Texas, and avenge the death of his best friend. He believed he'd accomplish it when he arrested Grace Thomas, one of the most dangerous members of the band of outlaws. But the blond beauty denied any wrongdoing, claiming she was a lady from the East, not a criminal of the West. And Cord yearned to believe her, since his heart skipped a beat every time they met.

When Autumn Thomas traveled to Texas, she expected to discover some family history and claim an inheritance, not see her stagecoach held up and herself arrested as an outlaw. She never dreamed she might have a twin—someone with beauty identical to her own, but a completely different temperament. Autumn soon discovered that illicit behavior held its own appeal, especially if it consisted of secretly kissing the sexy sheriff in the city jail. Maybe she and Grace truly weren't so different. Autumn found she could even act like a sinner, if it meant saving her sister and remaining in Cord's potent embrace forever.

"I read this book in four hours. I couldn't put it down. Each chapter lead right into the next. It was never dull and always entertaining. Each character brought something to the story. What I love about Bobbi Smith is that she always has a secondary love story going on behind the main one. And she always has intrigue and action. This is probably the twentieth book I've read by Smith and I want to read more! She is by far my favorite author." -Amazon Customer