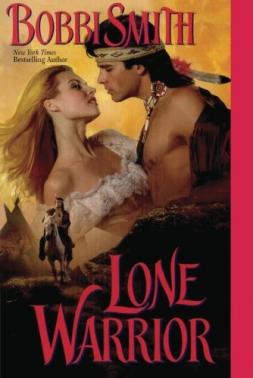 Poised for the adventure of a lifetime in the rugged West, Marissa Williams quickly learned how untamed the frontier could be as a party of raiding Comanche snatched her from her chaperone and spirited her away to their village.  Once there, they stripped her of her clothes and sent her to a tipi to await her fate.  When a virile, broad-shouldered warrior entered, she feared the worst.  But his green eyes calmed her fears, and then his searing kiss enflamed a passion that set her shaking all over again.

He understood her fear and longed to soothe her trembling.  For Wind Ryder, more than anyone, knew what being a captive of the Comanche meant.  Since he had been taken many springs ago, he’d tried to forget his past and become the best of the warriors.  The chief’s gift of the blond beauty proved his prowess, but her silky skin and tender lips also haunted his dreams.  Dreams that made Wind Ryder realize Marissa was the fiercest fighter of them all, for she had battled for his heart….and won.

"I've read several of the Bobbi Smith novels and have enjoyed them all. This is an easy read and a story that made me feel there were some very good people in the Old West. Being captured by Indians was about the worst that could happen to a women and re-entering the white world was often impossible. This book was well written and for once the white captive was treated better than most and did meet the right man that took her home. I look forward to reading more books by this author." -Amazon Customer

"I liked this entire book from finish to end. I like the fact that it didn't drag on in the Comanche camp about them staying there a really long time. I thoroughly enjoyed the transforming of Zach from Indian to white without him going through a lot of changing or getting use to the white world. I would recommend this book to any and all who love historical Native American good books, it is exciting and suspenseful and a love story all together. Ms. Smith has done it again, excellent !!!!" -Amazon Customer
Ebook | 601 pages | B00E6BROF8 | July 1, 2002
Created with Pub Site
Created with Pub Site