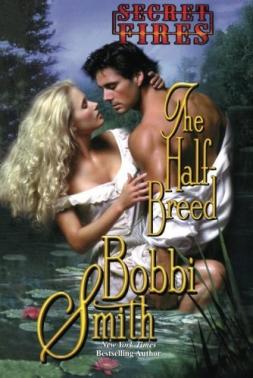 SECRET FIRES
In the midst of the vast, windswept Texas plains stood a ranch wrested from the wilderness with blood, sweat and tears. It was the shining legacy of Thomas McBride to his five living heirs. But along with the fertile acres and herds of cattle, each would inherit a history of scandal, lies and hidden lust that threatened to burn out of control.

THE HALF-BREED
Chase Mc Bride knew he had no legitimate claim to the Circle M Ranch. After all, his father had made it painfully clear he wanted nothing to do with his bastard son or the Comanche girl he’d once taken to his bed. But Chase had his own reasons for answering Tom McBride’s deathbed summons. He had a job to do as a Texas Ranger, and a woman to protect—a woman whose sweet innocence gave him new faith that love born in the darkest night could face the dawn of all his tomorrows.