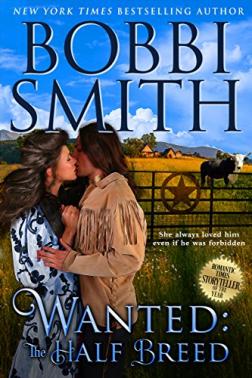 He's on the wrong side of the law, the kind of man who lives by his own code of honor. Rugged, solitary, on the run. The kind of man any woman would forget all the rules to love.

It hasn't been easy growing up half Comanche in the small ranching town of Two Guns, Texas. But Walker has always managed to keep his self-respect...and the attention of pretty Veronica Reynolds. After being sentenced to prison for a murder he didn't commit, Walker manages to escape, and only Roni can help him track down the real killer. He hates the idea of putting her in harm's way, but still worse is the thought of going to his grave without tasting her sweet lips one more time....

"Nobody does a Western better than Bobbi Smith." -Romantic Times BOOKreviews